The face of Cartagena

Located in the marvellous Getsemani Barrio

In 2016, on the celebration of the 483rd birthday of Cartagena de Indias, Colombia, This Is Cartagena, in collaboration with the Hotel Sophia and Fin DAC as the artist and guest author, created the mural project entitled “The Face of Cartagena”. Its purpose was to find a face that represented a mix of all the faces of the city and highlighted the racial diversity among the indigenous, Africans and Spaniards. The process took several months to find the face of the city. However, on June 3, 2016, Fin DAC found in me the union of these three worlds.

As explained by Fin DAC in an interview with the regional newspaper El Heraldo: “This face represents Cartagena because it shows the mix between the Spanish world, the African world and the indigenous world, which gave rise to what is now this city. In addition, the image shows a strong woman, but at the same time a sad woman, which is an aspect that, for me, represents much of Cartagena”. As a result of this inspiring cultural project, my name and who I represent has taken on multiple meanings. It is symbolic of the plurality of my people who have since recognized me as “The Face of Cartagena”.

The creation, which was donated by Fin DAC with the intention of making an artistic intervention in a public space, took the name of “The Three Warriors” and is located in the sector of El Pedregal in a neighborhood called Getsemaní. Fin DAC also portrayed my image on a canvas that is now part of the permanent collection of contemporary art of the Historical Museum of Cartagena. In addition, he made a creative tour of the United States to create another mural in Bushwick Brooklyn, New York. The work is titled “The Watcher” and is characterized by a similar artistic concept: a woman standing upright, fighting, resisting, observing, and directing while watching over her territory. 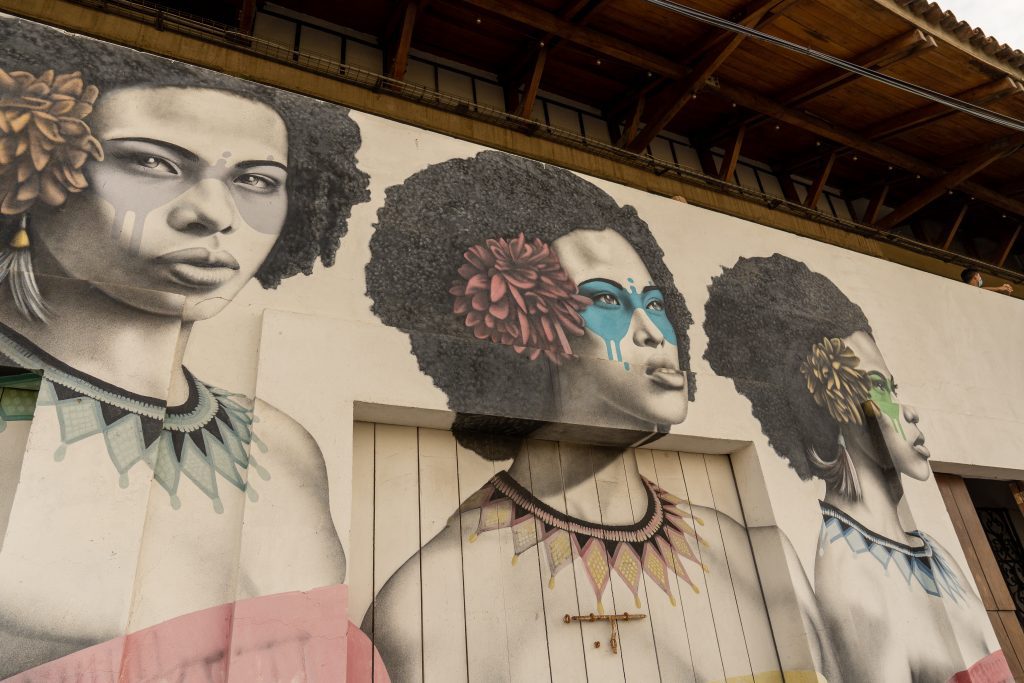 We source local products directly from nearby farms and farmers’ markets. This gives our guests a memorable food experience in terms of flavor and seasonality, among other benefits of eating local. Our guests can then fully enjoy their locally sourced meal confidently, knowing where the food they eat comes from.

These Core Values are based on the dream Maria Delgado had to build an organization with strong principles and Family Hospitality in mind. Maria’s vision was to “treat everyone in a warm, friendly, genuine manner, as you would Family”.

Be a Part of Our Restaurant

We are always looking for talented chefs and waiters. Please feel free contacting us if interested working with us.

In order to guarantee the best experience possible and the proper organization of our classes, we accept only reservations made at least 24 hours prior to the chosen date.

Cut off time
In order to guarantee the best experience possible and the proper organization of our classes, we accept only reservations made at least 24 hours prior to the chosen date
Cancellation policy
Cancellations: Customers who cancel at least 48 hours in advance will be entitled to reschedule their class, convert their reservation to a gift card with no expiration date, or receive a full refund. Cancellations made within 48 hours of your scheduled start time are entitled to change your class date or convert your reservation to a gift card with no expiration date. In case of non-attendance of the participant(s) without prior cancellation notice, no refunds or class rescheduling apply.